Rep. Mike Gallagher, R-Wis., on investigating the origins of coronavirus.

MIKE GALLAGHER: Luckily, the dam is breaking, even scientists that previously signed the letter are starting to admit we need to investigate the lab leak hypothesis. But, there’s still a lot more we need to do. We need to immediately declassify all of the relevant intelligence and release all of the grant information related to any U.S. taxpayer dollars that went to Wuhan because what we’re seeing is the troubling pattern, whereby scientists and social media companies, the useful idiots in the American media, tried to stuff so many inconvenient facts down the memory hole, that it finally got clogged.

Even still, if not for the work of a few reporters with integrity, a few members of Congress, a few commentators like yourself, right now the Democratic Party would be trying to nominate Fauci and [Peter] Daszak for the Nobel Prize. Because these companies, like Google, look at the control that the Chinese Communist Party has over censorship of what people think, what they share, what they write. And they don’t look at it as a dystopian future to be avoided, they look at it as an aspirational model, a goal to be attained, a tool with which to crush dissent and enforce orthodoxy.

If that’s the road we go down, science no longer exists because science is all about dissent, disagreement, questioning hypotheses and at times, crazy ideas. Heliocentricity was a crazy idea when it was first talked about. We have to stand up to this. We can’t allow Google to do our thinking for us. If we want to do that, we might as well throw in the towel now, accept our new Chinese communist overlords and get to work on a head start of a social credit score before it is too late.

WATCH TUCKER'S MONOLOGUE ON THE TOPIC BELOW 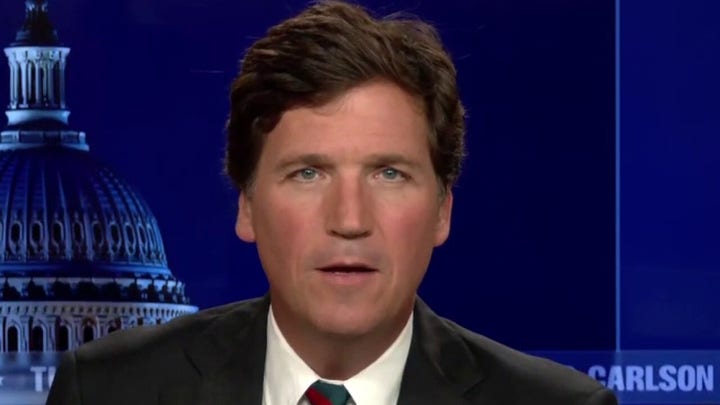