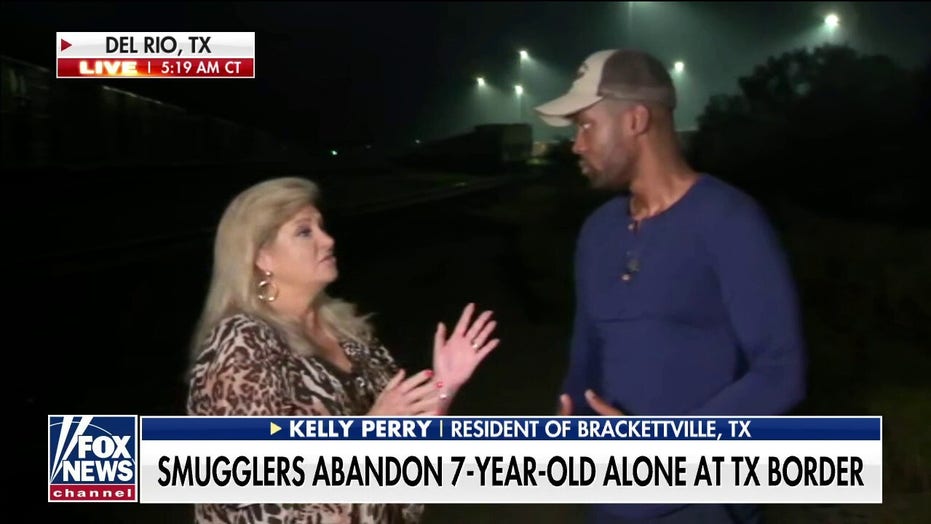 Texas resident says the border ‘has never been closed,’ despite Biden administration’s claims

Congressional Republicans and the Senate's top Democrat said President Biden's Tuesday decision to reopen the U.S. land border with Canada was "overdue" after months of pressure from border communities and the proliferation of vaccines in both countries.

"For too long, residents of the North Country have been denied access to family, travel, and commerce. Now, families can be reunited and our small businesses will be restored," House Republican Conference Chair Elise Stefanik, R-N.Y., said. Her district encompasses most of northern New York and a significant portion of its land border with Canada.

"This is a long overdue step, however it is an important first step to rebuild the confidence in our cross-border relationship and friendship with our Canadian partners," Stefanik added.

Sen. Susan Collins, R-Maine, also hit the Biden administration for how long the border remained closed, even after Canada opened its border to Americans.

US TO REOPEN LAND BORDERS NEXT MONTH FOR FULLY VACCINATED

"Today’s long-overdue announcement is fantastic news for Mainers who have deeply missed having their Canadian relatives at holiday celebrations, family functions, and other milestone events," Collins said. "I repeatedly advocated for the U.S. to loosen its border restrictions, and when Canadian officials began allowing fully vaccinated Americans to enter their country in August, I urged the Administration to reciprocate with similar requirements and safeguards."

Even Senate Majority Leader Chuck Schumer, D-N.Y., was critical of the president for his failure to allow Canadians to enter the United States for months after Canada opened its border to Americans.

"As Canada prepares to further open the border next month, the United States is failing to reciprocate, jeopardizing an already tenuous recovery for thousands of businesses, families, and communities across Upstate New York," Schumer said in July.

Then Wednesday, Schumer still directed veiled criticism at the president over how long it took to open the border.

"Kudos to President Biden for doing the right thing and increasing cross border travel between Canada and the U.S. The high vaccination rates on each side of the border have opened the door of safe cross border travel and will now safely increase the rebirth of the economic energy of Upstate NY," Schumer said.

He added: "Very soon, the link between New York and our northern neighbors will finally be re-established, reuniting families, bolstering businesses, and ending a frustrating cycle of waiting for everyone involved."

The Tuesday decision announced by Department of Homeland Security (DHS) Secretary Alejandro Mayorkas will allow fully vaccinated Canadians to enter the United States through standard ports of entry in November. It also applies to the Mexican border, although Republicans have criticized the administration for the fact hundreds of thousands of migrants have streamed across that border in recent months even as it was outwardly closed.

"In alignment with the new international air travel system that will be implemented in November, we will begin allowing travelers from Mexico and Canada who are fully vaccinated for COVID-19 to enter the United States for non-essential purposes, including to visit friends and family or for tourism, via land and ferry border crossings," Mayorkas said in a statement.

Starting in January, DHS said, foreign travelers will need proof of vaccination to enter the United States. But Sen. Steve Daines, R-Mont., said Wednesday that he wants the president to remove all restrictions on who can cross the Canadian border.

"While I’m glad to see President Biden take this initial step to reopen the U.S.-Canada border for vaccinated Canadians, I urge him to end all restrictions and fully reopen the northern border—Montanans are depending on it," Daines said.

Sacramento County supervisors walk out of board meeting over mask violations

Bipartisan caucus endorses its own proposal after infrastructure talks fizzle

Biden swats cicada off neck before Europe trip: 'Watch out'